Currently, the app offers 4:5 vertical displaying shots and anything beyond it needs to be cropped in order to fit. If the new testing proves to be successful, then we will be able to have slimmer and taller 9:16 photos on the feed. Adam Mosseri also confirmed that this feature test will take place during the weekly Ask Me Anything. 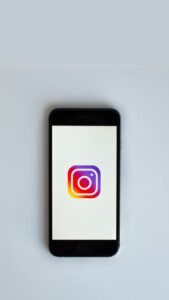 The major contentions of users with Instagram’s TikTok-like redesign were:

2. Addition of overlay gradients to the bottom of the post by its new feed in order to make it easier for users to read the text.

After its redesign testing that didn’t receive an affirmative response from users, Mosseri acknowledged that the photos didn’t quite go along with the full-screen experience. But this still doesn’t put an end to Instagram’s aspirations of building and providing a tall photo experience to its users. Hence, it will continue to work on it but on a limited scale this time.