OnePlus 8T was launched in India in October 2020, priced at Rs 42,999 for the base unit. The company gave the OnePlus 8T a price cut of Rs 4,000 last year, making it cheaper than the OnePlus 9R. Now, the company is selling the handset under the Rs 30,000 price range. Before buying this phone, consider that the OnePlus 8T is a two-year-old phone that packs outdated configurations.

The phone is available for Rs 28,999 on the OnePlus official website. There’re better options available in the market at the same price range from OnePlus or its competitors. Here’s why you should not buy the OnePlus 8T(review) for under Rs 30,000.

OnePlus 10T launch tipped, will be the last OnePlus flagship phone this year 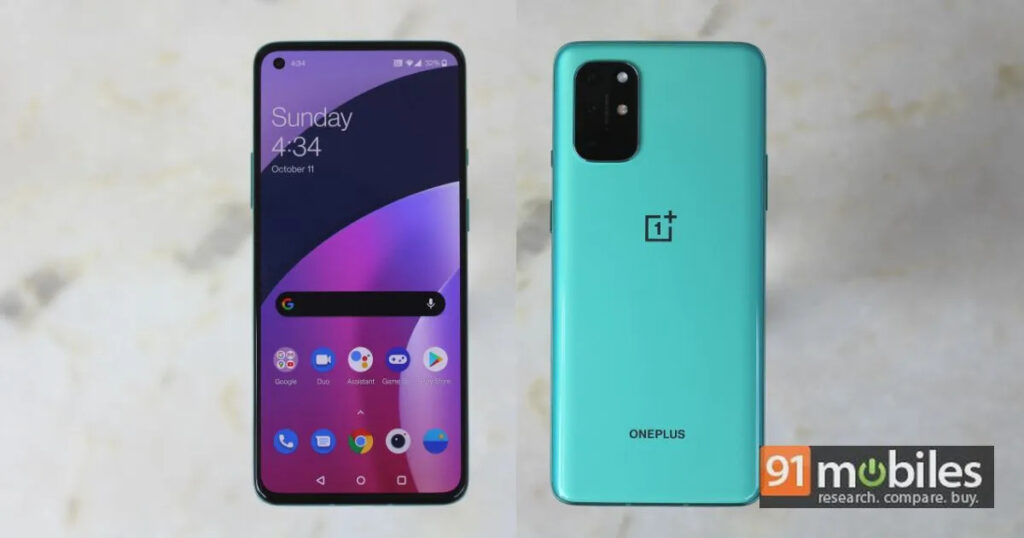 There is no doubt that when the OnePlus 8T was launched, it was one of the best-selling smartphones in the market, even better than the OnePlus 9R. The phone’s fast refresh rate display, 65W fast charging, and high-resolution camera were a good package back in 2020. However, nowadays, most mid-ranger packs all those trendy configurations at a lower price.

The OnePlus 8T has already received the Android 12 update after running on Android 11 out of the box. The phone will receive an Android 13 update shortly, and that’s all it’ll get. It’s highly unlikely that the OnePlus 8T will see the Android 14, as OnePlus only releases three major software updates for each smartphone.

The post OnePlus 8T India price drops under Rs 30,000, but here’s why we think you should skip the deal first appeared on 91mobiles.com.