Microsoft’s Xbox Game Pass has been the biggest player in the gaming subscription market for many years. With hundreds of games and day one access to first-party games, PC and Xbox players get a pretty good deal. That said, Sony has been quickly catching up. The company recently launched the revamped version of PS Plus with Essential, Extra, and Deluxe tiers, which comes with a huge library of PS4, PS5, and classic PlayStation games. With the brand-new PS Plus subscription, PlayStation fans finally get a subscription service that can compete with Xbox Game Pass. If you find it difficult to choose between PS Plus and Xbox Game Pass, then here’s what you need to know about both of these services:

What is PS Plus?

PlayStation Plus is Sony’s subscription service for PS5 and PS4 users, which offers access to huge library of games based on the tier you purchase. Before the recent revamp, PS Plus offered only two or three games every month. Now, PS Plus comes in Essential, Extra, and Deluxe tiers with varying prices and benefits. PS Plus Essential is pretty much the same as the old PS Plus, which offers online multiplayer access, discounts, and cloud storage for game save files in addition to two to three monthly games. Meanwhile, PS Plus Extra and Deluxe tiers offer access to up to 740 games from first-party and third-party studios.

What is Xbox Game Pass?

PS Plus vs Xbox Game Pass: price in India 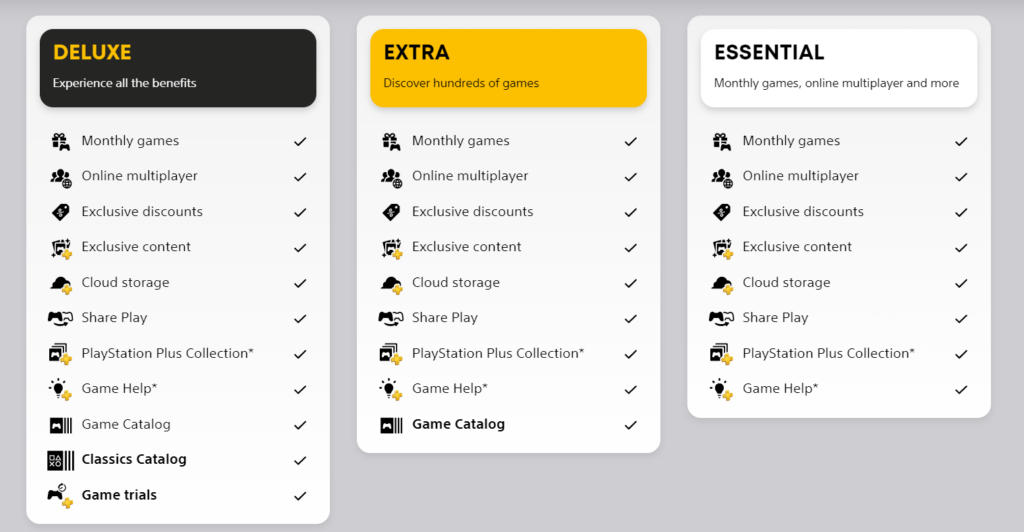 PS Plus prices in India 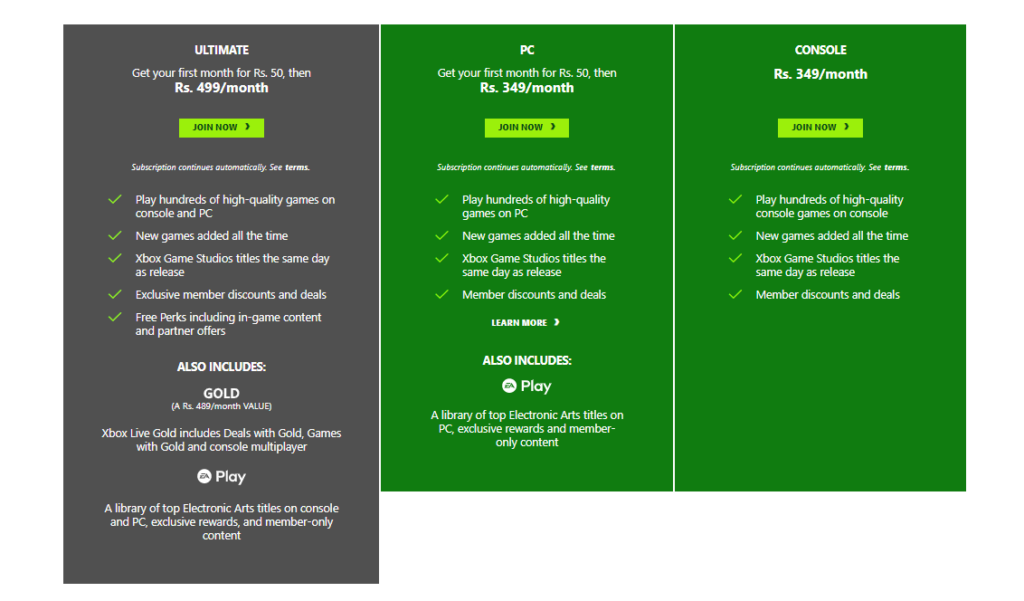 PS Plus and Xbox Game Pass offer hundreds of games from first-party and third-party studios. However, it seems like PS Plus offers much more games based on which tier you purchase. PS Plus Deluxe or Extra tier subscribers get access to more games compared to Essential tier subscribers. PS Plus Essential members get access to two or three games each month, and Extra or Deluxe members get additional games alongside the monthly Essential games. PS Plus Extra and Deluxe games library include Assassin’s Creed Valhalla, Bloodborne, Control: Ultimate Edition, Death Stranding: Director’s Cut, Fallout 4, Final Fantasy VII, Ghost of Tsushima: Director’s Cut, God of War, Marvel’s Spider-Man and Spider-Man: Miles Morales, Red Dead Redemption 2, Returnal, and more. The full list of PS Plus games is available here.

Meanwhile, Xbox Game Pass Ultimate subscribers get access monthly perks such as cosmetic bundles for select games as well as subscriptions for EA Play, Discord Nitro, Spotify, and Crunchyroll. Xbox Game Pass Ultimate subscribers also get access to Xbox Cloud Gaming. Although cloud gaming isn’t officially available in India, you can use a VPN to play games on cloud. However, it should be noted that there are several latency issues while playing on cloud since the servers are not available in the country. Besides these, all Game Pass members get to play games from first-party studios on day one and 20% off while buying certain games that are available in the Game Pass library.

The choice between PS Plus and Xbox Game Pass comes to the platform you play on. If you own or planning to buy a PS5 or PS4, then the PS Plus should be your choice of subscription. The same thing applies for Xbox Series X|S or Xbox One owners, where they need an Xbox Game Pass subscription. For PC, Xbox Game Pass is a great option as it offers access to several games as well as discounts on titles that are available in the Game Pass library.