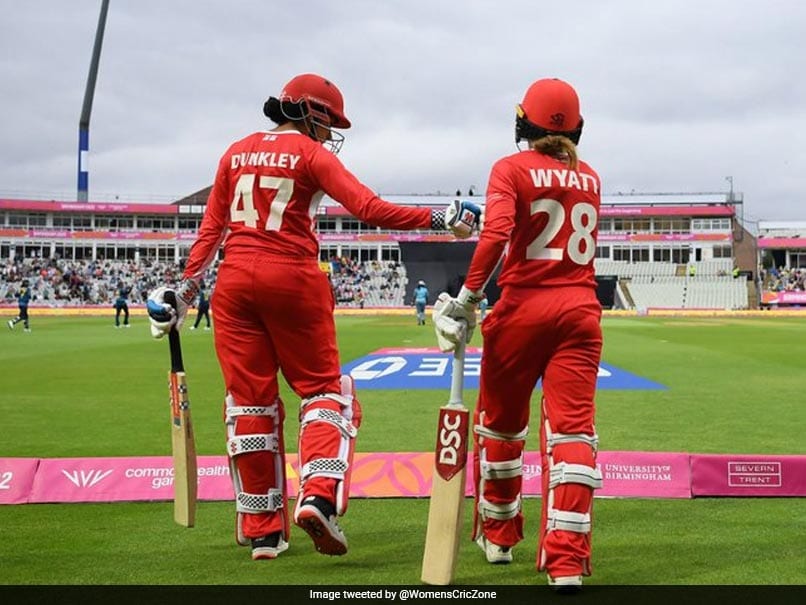 Commonwealth Games, India vs England Semi-final, Women’s Cricket, Live Updates: Chasing a target of 165, England are a wicket down against India in the ongoing semi-final 1. Earlier, Smriti Mandhana and Jemimah Rodrigues played knocks of 61 and 44 respectively as India scored 164/5 in 20 overs. Mandhana registered the fastest fifty for India Women in the shortest format. Earlier, skipper Harmanpreet Kaur failed to stay at the crease for a long haul as she departed after scoring 20. Earlier, India lost wickets of Smriti Mandhana and Shafali Verma in quick succession. After playing a knock of 61, Smriti Mandhana walked back to the pavilion after being dismissed by England captain Nat Sciver. Earlier. Mandhana completed her half-century in the 6th over of the innings and India were completely dominating the 1st semi-final against England of the ongoing Commonwealth Games. Soon after Mandhana’s milestone, Shafali Verma ended up losing her wicket. Earlier, India captain Harmanpreet Kaur won the toss and opted to bat against England in the 1st semi-final of the ongoing Commonwealth Games on Saturday. India paved their way into the semis after defeating Barbados by 100 runs in their last group stage fixture on Wednesday. After losing their opening game against Australia by three wickets, India went on to defeat Pakistan by eight wickets. Team India ended their Group A campaign with a total of four points while England, on the other hand, finished at the top of Group B. (LIVE SCORECARD)

Here are the LIVE Updates of Commonwealth Games 2022 Day 9, Match Between India Women vs England Women, Straight from Edgbaston, Birmingham

Topics mentioned in this article